Variety recently reported that the new Ingress anime will be released on Netflix around October. The release of the anime is scheduled to coincide with the release of Ingress Prime.

The anime, “Ingress: The Animation,” focuses on two XM senstitives, Makoto and Sarah, who are fleeing a third character named Jack. All three investigate an XM corporation’s human experiments. The article states “This new antagonist will also appear in the new ‘Ingress’ game.” It was unclear whether the term “antagonist” refers to the XM corporation or Jack.

Lore hounds will certainly have a lot of new material to feast on in the anime, but for those who tend to ignore the story and just play the game, the big news for you was this sentence:

“Both the show and [Ingress Prime] are expected to launch around October, Hanke said.”

Note that the article says “around October,” not “in October”. It’s possible that it will still be later, perhaps in November. But one can hope, right?

Ingress Prime is the next generation version of Ingress. The new game appears to take place in an alternate universe. Events will play out differently than they did in the original Ingress. (Think of it as being a reboot in the style of the 2009 Star Trek film.) This was apparent at the Camp Navarro event. Agents met the Prime universe’s Oliver Lynton-Wolfe, who looked very different from the one we’ve known. A woman seen there may even be Prime‘s version of Roland Jarvis.

The initial release of Ingress Prime aims for feature parity with the current Ingress client. Other than an improved game engine and a few quality-of-life improvements, agents should not expect new features at first. Niantic is eager to add new gameplay features once Prime has had its initial “shakedown cruise.” 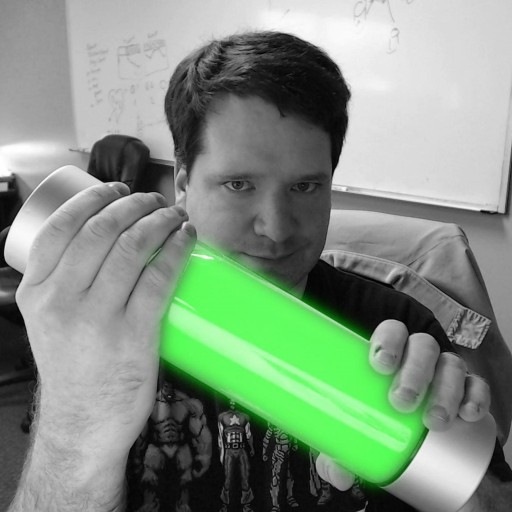